Where the Heart is...

I wanted them to go beyond themselves. See, if you put a musician in a place where he has to do something different from what he does all the time, then he can do that - but he's got to think differently in order to do it. He has to use his imagination, be more creative, more innovative; he's got to take more risks. He's got to play above what he knows - far above it - and what that might lead to might take him above the place where he's been playing all along, to the new place where he finds himself right now - and to the next place he's going and above that! So then he'll be freer, will expect things differently, will anticiapate and know something different is coming. I've always told musicians in my band to play what they know and then play above that. Because then anything can happen, and that's where great art and music happens.
Posted by: the fault line / 2:50 PM
(0) comments 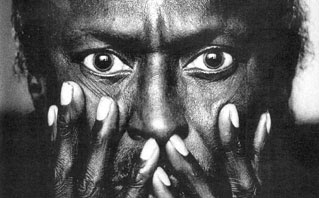 From Miles - The Autobiography -

I caught a train and went back to East St. Louis, walked in his office, which had the "Do Not Disturb" sign. Of course, he was shocked to see me, but my father was cool about things like that. He just said, "Miles, what the fuck you doing back here?"

I said, "Listen, Dad. There is something happening in New York. The music is changing, the styles, and I want to be in it, with Bird and Diz. So I came back to tell you that I'm quiting Juilliard because what they're teaching me is white and I'm not interested in that."

"Okay," he said, "as long as you know what you're doing, everything is okay. Just whatever you do, do it good."

Then he told me something I will never forget: "Miles, you hear that bird outside the window? He's a mockingbird. He don't have a sound of his own. He copies everybody's sound, and you don't want to do that. You want to be your own man, have your own sound. That's what it's really about. So, don't be nobody else but yourself. You know what you got to do and I trust your judgement. And don't worry, I'll keep sending you money until you get on your feet."

That was all he said and then he went back to working on his patient. It was something else, man.
Posted by: the fault line / 10:56 AM
(2) comments 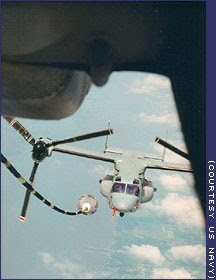 Refueled and running with it...

cats are taken this hiatus endeavor to milk carton status.
don't fear what you don't understand.
apologies to the many folx that we've came up missing on.
thanks for the opportunities.
it's just not the right time yet.
when it's the right time, everyone receives a big ben clock and new vacuum bags.
in the meantime, let me just say we've made some upgrades, are rounding the corner on actually recording some material for you, and are back on page 1 letting ink bleed into emotion and filth.

Currently shining and buffing verses to Says/Days so I can hit fools over the head with pure discipline. Laid up at 5am freestyling deliveries, don't pretend you don't hear me. I was in the purple section now I'm lapping the board sewing all kinds of stiches on Park. Rifle Range Focus...

At least once a week I award myself accolades. I know most are lame and late, bad combo. So I'm just ushering it all in for you in spoon sizes. Read a book and learn a dance. More later.
Posted by: the fault line / 1:33 PM
(0) comments

Currently working on two "sketch" beats...one entitled "daily double" is rounding 2nd...the other "gully" is just an enourmous amount of percussion going 100 bpm with no one realizing it...